The TP-Link Archer VR900 makes full use of its dual band Wi-Fi abilities, reaching speeds of as high as 600Mbps on the 2.4 GHz band and 1300Mbps on the 5GHz band. Enjoy a total speed of up to 1.9 Gbps to eliminate buffering from your HD streams and lag from online games. 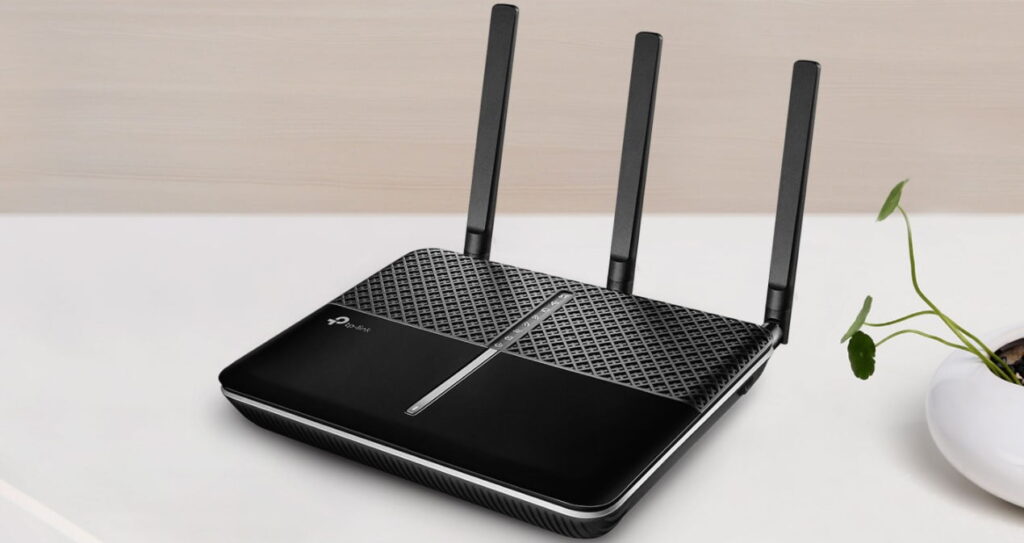 Now, we take BT home hub 5 as a reference to see how the performance of  TP Link Archer VR900 Router.
There are multiple facets to router effectiveness and we can begin with some simple-yet-pertinent details. When using the BT Home Hub 5, the BT Infinity service synchronised with the local exchange at 56.1 Mbps downstream and 13.4 Mbps upstream. Suggesting that a premium router is capable of more than just enhanced wireless, TP-Link’s Archer VR900 settled in at slightly higher speeds of 61.6 Mbps and 14.7 Mbps, respectively.

Our next port of call is wired performance, or how quickly can we transfer a 2GB file from laptop to NAS with a particular router. Beginning off with the BT Home Hub 5 returned read and write speeds of 850Mbps and 483Mbps, respectively. Turning to the TP-Link Archer VR900 saw read speed remain consistent at 852Mbps – the effective limit of the Gigabit Ethernet interface – but write speed improved to 570Mbps.

How about wireless? Well, remember what we said about taking the “up to 1,900 Mbps” wireless speed with a pinch of salt? It would take various roaming devices to saturate such bandwidth, and it’s worth pointing out that the TP-Link wireless adapter linked to our laptop is rated at as high as 300Mbps on 2.4 GHz and 800Mbps on 5GHz.

At Location A – the room directly above the router – the Archer VR900 scored similarly to the BT Home Hub 5 on the 2.4 GHz band but stretched its legs during the 5GHz download, registering 247Mbps (around 31MB/s).

Interestingly, it’s Location B – straight across the ground floor at a distance of roughly 45ft – that poses the biggest challenge. Turning to the TP-Link Archer VR900 sees a performance uplift in almost every scenario, though uploads on the 5GHz band appear to be a recurring weak spot.

Location C, on the top floor, might represent a worst-case-scenario, but both routers do reasonably well. There’s hardly anything in it with regards to throughput on the 2.4 GHz band, but the Archer VR900 once again pulls out a convincing lead in 5GHz downloads, where it’s 60 per cent quicker than the BT Home Hub 5.

A healthy gain, but it’s worth remembering that wireless is no match for a wired connection – the finest WiFi download handled by the Archer VR900 is still around 70 percent slower than a direct cable.

We’ve seen performance improvements in most areas and that trend continues with USB storage. The BT Home Hub 5’s USB 2.0 port is outdated by today’s standards and easily outpaced by the Archer VR900’s USB 3.0, which handled far more usable read and write speeds of 429Mbps and 247Mbps, respectively.

The only potential snag is that the overall increase in performance results in higher power consumption. We see a two-fold increase in power draw, and the Archer VR900 does get quite warm during use, but the added running costs are a small inconvenience in the grand scheme of things.

Final:
Since the software is good and the performance is truly excellent, we wouldn’t hesitate to recommend the Archer VR900. TP-Link has come a long way in a short time.

There are no reviews yet.